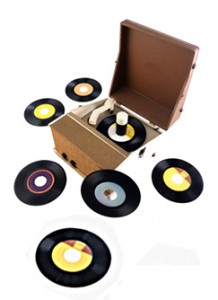 We’ve been asked here at Coral Press:
You’re publishing only fiction about music. Do
you consider the musical novel a genre? If so, what is it?

The obvious answer is that musical fiction is storytelling set in a musical world, where songwriting and performing are central aspects of the story. But at Coral Press we’re interested in something more than that.

We believe that true music fans don’t just listen to music, they inhabit the worlds their favorite songs and riffs invoke. We also want to know the stories behind the songs themselves. Of course there are numerous fine musical biographies, from Peter Guralnick’s two-volume Elvis work to Nick Tosches Hellfire on Jerry Lee Lewis to Mark Lewisohn’s three volume biography of the Beatles, that tell fascinating tales. But a musical novel—a made-up story around music—can give the reader something more.

Ken Kesey said it best: “It’s the truth, even if it didn’t happen.”

That is, Coral Press believes that a powerfully invented story can get across as potent a truth—and perhaps a more wonderful reading experience—as writing beholden to actual events. In the musical novel we can discover the deeper myths and manners behind the songs; we can render vivid, telling characters; and we can tell pure, potent stories.

Bob Dylan in Chronicles writes: “A song is like a dream, and you try to make it come true. They’re like strange countries that you have to enter.” And we believe our musical novels work in just this way: As vivid and compelling worlds that the music takes you into—that you have to enter, and dwell within for at least the spell of the book.

What Coral Press is after, then, are not simply stories set in the music world—books that follow this or that business machination, or are thinly veiled versions of real characters. Nor are we interested in what is called fan fiction—Elvis, Lennon, or Cobain toyed with the way a child plays with an action figure. No, we’re after the largest of reading experiences: A powerful story, grand characters, the deep, penetrating shape of a well-crafted book, and most of all, that propulsive curl-up, can’t-put-it-down thrust of a tale well told.

The musical novel: books that put you right where the music comes from, whether it be the magical roadhouse outside of Memphis (our Pink Cadillac); a South Side Chicago blues club (Cutting Time); a juke joint in Austin, Texas (Lone Star Ice and Fire); on a bus loaded with great soul singers as they journey the nation’s byways (Soul Cavalcade); inside the tragic tale of Anna Dubower, “the haunted-eyed, raven-haired incarnation of the true church of rock ‘n’ roll” (Meet the Annas); following a cover band as it heads up to coastal Washington to play a wild weeklong gig at a divey old hotel (Getting in Tune); a hippie chick braving the Summer of Love (Look at Flower); a Rock and Roll Hall of Fame songwriter willing an epic redemptive song into existence to salvage his own career (Stations of the Cross: A Musical Novel of Obsession); or a young writer starting out in beatdown 1970s New York City, mixing a job at The New Yorker magazine with forays deep into the budding punk scene (Savage Joy)—books that will grab your heart and head just like a great song.

Speaking of great songs, each of our books has a playlist of songs you can stream through your streaming service.

At Coral Press our credo is simple: We love great music … and we love a good story just as much.