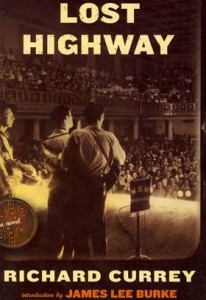 Lost Highway (1997) by Richard Currey
A banjo player in West Virginia tries to make it in a bluegrass band and struggles with personal tragedies related to the Vietnam War.

“… as eloquently piercing and deeply American as a classic folk ballad…told in haunting prose that allows Lost Highway to emerge on the page like music itself.” — Publisher’s Weekly