It’s spring 1964 and Fleur-de-Lys Records—a Detroit-based competitor of Motown—is sending its Soul Cavalcade bus tour to the Deep South and up the Eastern Seaboard: 20 cities in 24 days. On board are hit groups the Cravattes, the Shags, and the Daisies, dreamboat crooner Orlando Calabrese, soul sweetheart Mary Hardy, and up front, the diva Maisy Columbine, willing to betray her fellow Daisies for solo stardom. 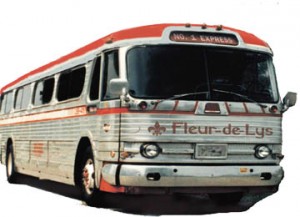 Then there’s Esmé Hunter—the newest member of the troupe, a singer with an astonishing secret that will ultimately spin the Cavalcade around and around. (Readers will remember Esmé from Dunn’s previous novel, Cutting Time.) At the heart of Soul Cavalcade is the 24 days on the bus, all these amazing performers stuffed higgledy-piggledy on top of each other, with all their desires, loves, jealousies, and personal burdens at full flame. Great drama ensues.

But … there are also problems with the Fleur-de-Lys record company; someone is keeping their disks from being played. Midway through the novel the situation worsens dramatically, and soon the soul label’s very existence is thrown into question.

Soul Cavalcade is a comedy with Shakespearean tones, a wild romp with blistering music, an always fascinating story with tinges of tragedy. It¹s also a great read. Once you hop on board the novel, you won¹t want to get off.

CLICK HERE to find out about the author of Soul Cavalcade, Robert Dunn.

If the sound of Motown is to your liking, you will like Soul Cavalcade by Robert Dunn, which takes you along on a tour in the spring of 1964 throughout the south by the stars of Fleur-de-Lys Records, hitting 20 cities in 24 days, as performing groups with names like the Cravattes, the Shags, and the Daisies cram onto a bus in search of creating a No. 1 hit song, fame and fortune. Dunn captures the drama of this journey, the competition they must overcome to get their records played, and the racial discrimination of that era. This novel makes some music of its own, recapturing a time lost now in history by bringing its characters to life in a very entertaining story. — Alan Caruba, Bookviews.com

Part drama, part comedy, this is a fast moving novel that keeps the reader’s interest. Welcome to the world of the sixties complete with dreams, and disasters. Soul Cavalcade is a recommended read. — Readerspreference.com 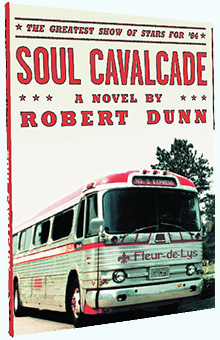