What if there were a white woman at the time of Elvis’s first breakthrough with a black voice and style, a Janis Joplin 10 years earlier, in the racially divided South? What if she hooked up with an old black bluesman and a rich, young white sax player in a magical roadhouse outside of Memphis, there to record an incendiary 45 record that, though many remember hearing, no one seems to have ever owned? What if murder, duplicity, love, and redemption follow the trail of the lost 45?

Pink Cadillac opens in the present, with Colin Stone, the British owner of a blues and early rock reissue label, deciding to pursue one of the holy grails of that music: The long rumored lost 45, Pink Cadillac, sung by Daisy Holiday. Stone has recently endured a personal tragedy, and his search for Pink Cadillac offers him a way to get his life going again.

In the real story it’s 1955, and Daisy Holiday is on her way to Memphis to make it as a singer. She comes across a Cadillac, a gaudy pink one, broken-down by the side of the road. It’s driven by the up-and-coming teen sensation Elvis Presley, and Daisy quickly gets it going. As a reward Elvis takes her to a roadhouse outside of Memphis presided over by the older black bluesman Bearcat Jackson. Elvis tells her he learned everything he knows right at this roadhouse, and surely Bearcat can help her. It’s clear, though, that the club has fallen on hard times. Before he can help, Elvis gets a call to high-tail it to New York, but when he goes he gives Daisy the keys to his pink Cadillac. 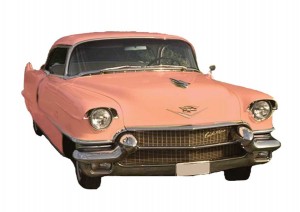 At the roadhouse is Dell Dellaplane, the son of a rich real estate man. Dell has dropped out of college to play his sax with Bearcat’s band. Also there is Sonesta Clarke, an older black singer who had a semihit on the Bearcat label that was promptly covered by a white singer who turned it into a nationwide hit. Sonesta never had another charting record and now has turned to religion. Bearcat’s frustration at times boils over into abuse of Sonesta.

It’s Dell’s idea to kick the roadhouse into the new “rocky-rolly age.” When he and Bearcat discover Daisy has a magical voice, Dell writes the song Pink Cadillac for her, and they record it on an old record cutter.

The novel follows the fortunes of this crew as they try to sell their record and save the roadhouse. Along the way there are threats from Dell’s father, betrayals, moments of great success and profound failure, and finally the tragic murder of Bearcat Jackson.

The search for the “lost 45” becomes a search for a greater truth: Who killed Bearcat and why? What happened to the record that could have changed rock n’ roll history? And how were the lives of everyone associated with this magical record, Pink Cadillac, irremediably transformed forever?

The answers to these questions are both surprising and deeply satisfying.

CLICK HERE to find out about the author of Pink Cadillac, Robert Dunn.

This novel will transport you to the birthplace of rock and roll as it also chronicles the beginning of the end of Jim Crow in Memphis. The characters are larger than life, and yet believable in the way that it takes giants to effect cultural change. The author knows blues and early rock in the intimate way of a guitarist caressing people’s lives out of his guitar strings. This is one super book. — a June 2001 Book Sense 76 pick, nominated by Bob Spear, The Book Barn, Leavenworth, Kans.

They say write what you know, and Robert Dunn knows his ’50s R&B and rock and roll. Pink Cadillac combines social history, hot music, and romance with suspense that will keep you guessing right up the highly satisfying last page. — Lewis Shiner, author of Glimpses

Ten pages into Pink Cadillac I was convinced that Robert Dunn knew where rock ‘n’ roll began—and that I was there with him. This is a great book, and it deserves all the attention that its namesake recording—so hot it burned up the airwaves, then disappeared for fifty years—should have received. Don’t wait fifty years to discover this book: It rocks! — Sean Wilsey, McSweeny’s

Most of all, I couldn’t put the book down until the truth of the record Pink Cadillac was revealed. Had it actually ever been recorded? If so, why did it live in legend alone? Did it hold the answer to a mystery that might’ve been best left unsolved? Buy this book. Once you begin reading, you won’t want to put it down. — Bomp Bookshelf

Dunn has a remarkable ear for the nuances of dialogue, and he never misses a note. His astonishing portrayal of Thomas “Bearcat” Jackson, as a brilliant, flawed, larger-than-life tragic hero is achingly real. — Karen McCullough, Scribes World

This book went down like a box of candy, and I was sorry when I’d finished it because it was fun to read. — Marc Bristol, Blue Suede News 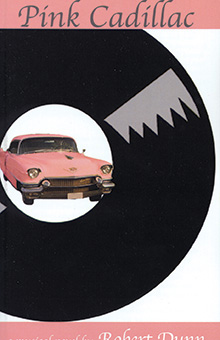