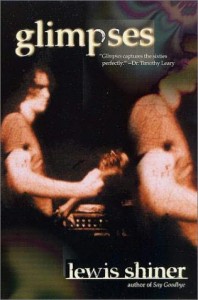 A rock music aficionado finds a way to time travel and record some of the greatest moments in the history of the genre.

“A pop-music fairy tale linking the Beatles to Bruno Bettelheim.” — The Village Voice

“The outcome of Ray’s double quests is deftly handled and satisfying. He learns some sobering truths, as well as comforting ones. Not only was I allowed to learn them along with him, but I also picked up all kinds of knowledge about rock ‘n’ roll history. I hesitate to call a book “important,” but this may well be that, especially to those of Ray’s generation who grew up on rock ‘n’ roll and now face middle age. I found it deeply satisfying.” – Steve’s Reads